The Collection profile highlights the abstract avant-gardes of the 20th century and international contemporary art, while also featuring 20 large sculptures in public spaces — for example at Mercedes-Benz’s headquarters in Stuttgart and at Potsdamer Platz in Berlin. Exemplary abstract artworks from the 20th century are part of the Collection, ranging from works from the Bauhaus and classical modernism, concrete art, constructivism and art informel after 1945 to the European ZERO movement, minimalism and conceptual art, Neo Geo, postminimalism, and conceptual tendencies.

The Collection profile highlights the abstract avant-gardes of the 20th century and international contemporary art, while also featuring 20 large sculptures in public spaces — for example at Mercedes-Benz’s headquarters in Stuttgart and at Potsdamer Platz in Berlin. Exemplary abstract artworks from the 20th century are part of the Collection, ranging from works from the Bauhaus and classical modernism, concrete art, constructivism and art informel after 1945 to the European ZERO movement, minimalism and conceptual art, Neo Geo, postminimalism, and conceptual tendencies. 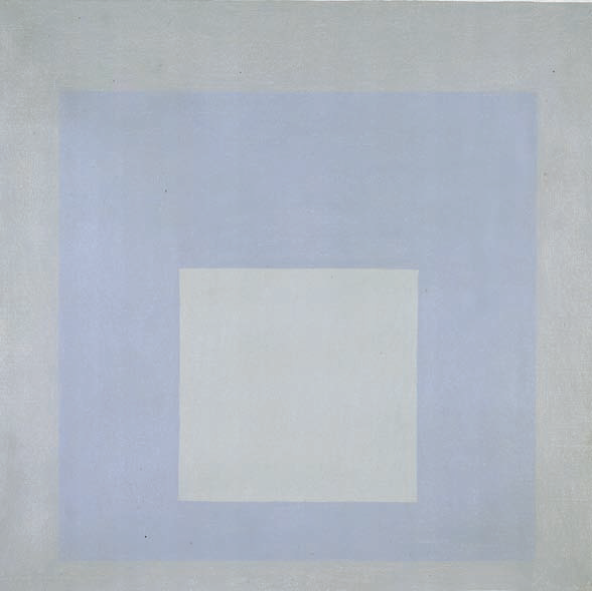 Josef Albers, Study for Homage to the Square: ›Opalescent‹, 1962

The group of Classical Modern works in the Mercedes-Benz Art Collection consists primarily of paintings, but also contains sculptures, wall objects and graphics. They present an image of the development of art up until the 1960s, relating mainly to South-West Germany (the Stuttgart avant-garde—from Hölzel to Bauhaus—the ‘concrete’ artists: the Ulm Hochschule für Gestaltung, the Zurich Concrete Artists, links with ‘De Stijl’). Two compositions by Adolf Hölzel date from the first decade of the 20th century, thus forming the chronological starting-point of the collection. Hölzel, who was appointed to the Stuttgart Academy of Fine Arts in 1905, taught some of the pupils who were later to achieve the greatest distinction in his class at the academy: Willi Baumeister, Camille Graeser, Otto Meyer-Amden, Oskar Schlemmer and Johannes Itten; they are represented by work groups or by key single works. Schlemmer—who has a particularly strong presence in the Collection with nine works created over three decades— worked from 1921-28 as a teacher at the Weimar and the Dessau Bauhaus.

Josef Albers, whose biography was also significantly shaped by study and teaching at the Bauhaus, emigrated to the USA, where he became one of the leading figures in education, in 1933. Four works in the Collection illustrate the important stages of his development during his American period. Max Bill is another key artist in the Mercedes-Benz Art Collection. He studied at the Dessau Bauhaus under Schlemmer, Kandinsky and Klee, and was co-founder and first director of the Hochschule für Gestaltung in Ulm. Bill became a member of the ‘abstraction—création’ group, founded in Paris in 1931, which also included, among others, the artists Arp, Baumeister and Vantongerloo, who also feature in the Collection. With Camille Graeser, Verena Loewensberg and Richard Paul Lohse, the last-named of these form the core of the ‘Zurich concrete’ artists, whose spokesman and chief theorist was Max Bill, whose tenure extended into the 1960s. Friedrich Vordemberge-Gildewart— a member of ‘De Stijl’, briefly a student at the Bauhaus in Weimar and Dessau, co-founder of ‘die abstrakten hannover’, friend of Bill and later a teacher at the Academy in Ulm—is connected with all these circles and can be seen as the most important pioneer of Concrete Art in Germany. 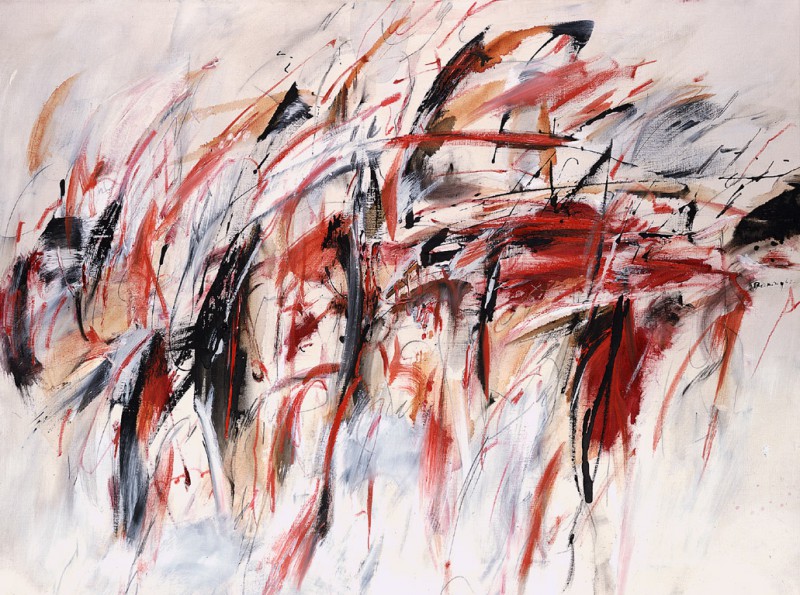 The tendencies of art informel are represented in the Mercedes-Benz Art Collection in exemplary fashion with names such as Bernd Berner, Peter Brüning, Karl Fred Dahmen, Gerhard Hoehme, Horst Kuhnert, Uwe Lausen, Georg Meistermann, Fred Thieler, and Fritz Winter. The gestural developments of the movement are visible in the work of the Stuttgart painters Rudolf Schoofs and K.R.H. Sonderborg. The Collection also includes the figurative counter-movement to art informel in the form of the Stuttgart painters Leonhard Schmidt and Manfred Pahl, as well as Lambert Maria Wintersberger and Ben Willikens, and the figurative-expressive Karlsruhe School with its father figure HAP Grieshaber and his students Horst Antes, Dieter Krieg, and Walter Stöhrer.

At the beginning of the 1960s, a group of young artists, moving forward from art informel, developed a large-scale color field painting that exploded the traditional picture format in an object-like manner and, at the same time, sought connections with architecture and urban planning. The names Otto Herbert Hajek, Georg Karl Pfahler, Thomas Lenk, and Lothar Quinte are examples of the artists of this trend. Their works, along with those of their American contemporaries, were brought together in an epochal exhibition at the Württembergischer Kunstverein Stuttgart in 1967 under the title Formen der Farbe [Forms of Color]. 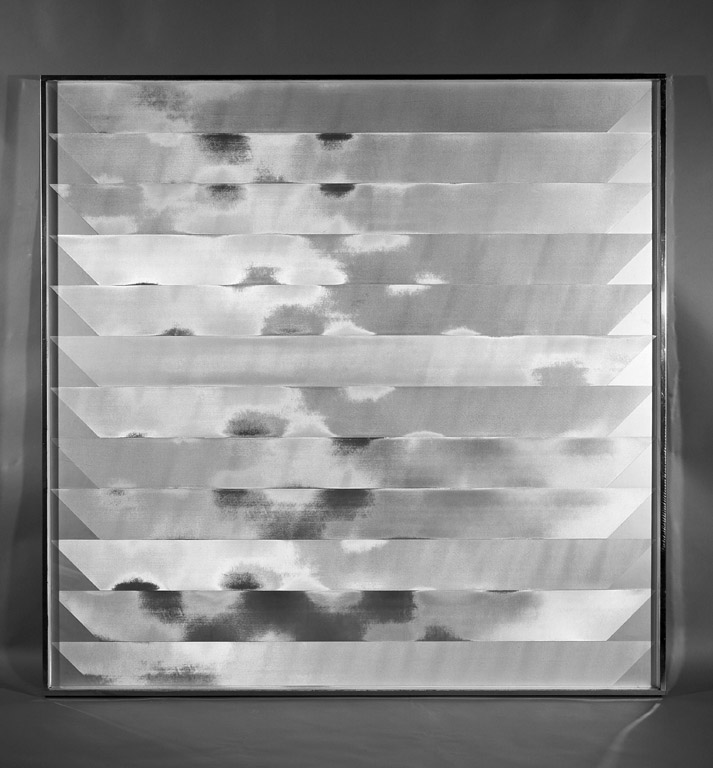 The European ZERO and New Tendencies movements — in a transition towards minimalism—are represented in the Mercedes-Benz Art Collection by the names of Enrico Castellani, Getulio Alviani, Dadamaino, Gerhard von Graevenitz, Jan Henderikse, Heinz Mack, Almir Mavignier, François Morellet, Jan Schoonhoven, and Klaus Staudt, among others. Loners within this spectrum, who touched on but rejected the various currents of these movements, are Rupprecht Geiger, Günter Fruhtrunk, and Herman de Vries. They are represented in the Collection with significant work groups that offer distinctive accents.

Minimalism in Europe and the USA

The recourse to the origins of concrete, constructivist and minimalist art and their further development characterizes the most important abstract currents from the 1950s up until the 1970s, albeit each with its own particular emphases in Europe and America. The connections between European structuralist-constructivist painting and US-american tendencies, such as minimal art, color field and hard-edge painting, or op art, can be seen in the Collection with works by Adolf Fleischmann, Hartmut Böhm, Andreas Brandt, Ulrich Erben, Gottfried Honegger, Karl Gerstner, Manfred Mohr, and Anton Stankowski. 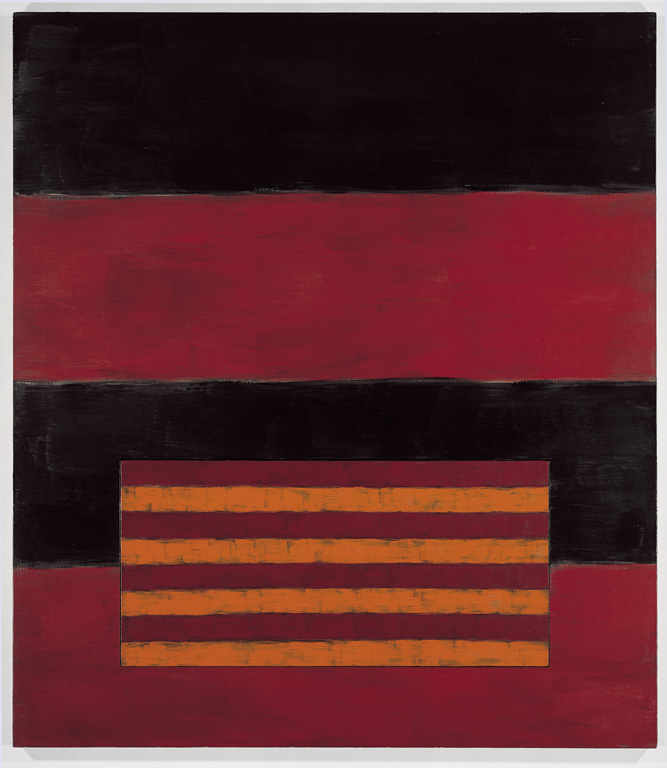 In the Mercedes-Benz Art Collection, the arc from the non-representational positions of post-war modernism to the multimedia field of contemporary art is essentially spanned by a group of artists born between 1930–45: John M Armleder, Charlotte Posenenske, Nam June Paik, Walter De Maria, Ulrich Rückriem, Auke de Vries, Daniel Buren, Roman Signer, Franz Erhard Walther, Imi Knoebel, Hanne Darboven, Bernar Venet, Olivier Mosset, Michael Heizer, Giulio Paolini, Peter Roehr, and Joseph Kosuth. They all work towards a redefinition of the concept of the work, override traditional genre boundaries, formulate the mental and/or physical activity of the viewer as part of the work process, and — against the dematerializations and politically motivated deconstructions of the 1960s and 1970s —assert the image in its broadest definition as a viable conceptualization of the present. To be mentioned in this context—and, as with the artists mentioned above, are represented in the Collection with groups of works or important individual works—are Gia Edzgveradze, Günther Förg, and Bertrand Lavier.

The work of artists in the Collection such as John M Armleder, Gerwald Rockenschaub, Peter Halley, and Andrea Zittel is fed by a fund of positional definitions and distortions, concepts and polemics, and attempts to erase and rescue the notion of the image in the 20th century. In neo-geo images, objects, and sculptures, poster and video works, these artists review the stylistic canon of modernism from the distance of the pop and Fluxus generations, and reveal it in its historical and ideological determinations. 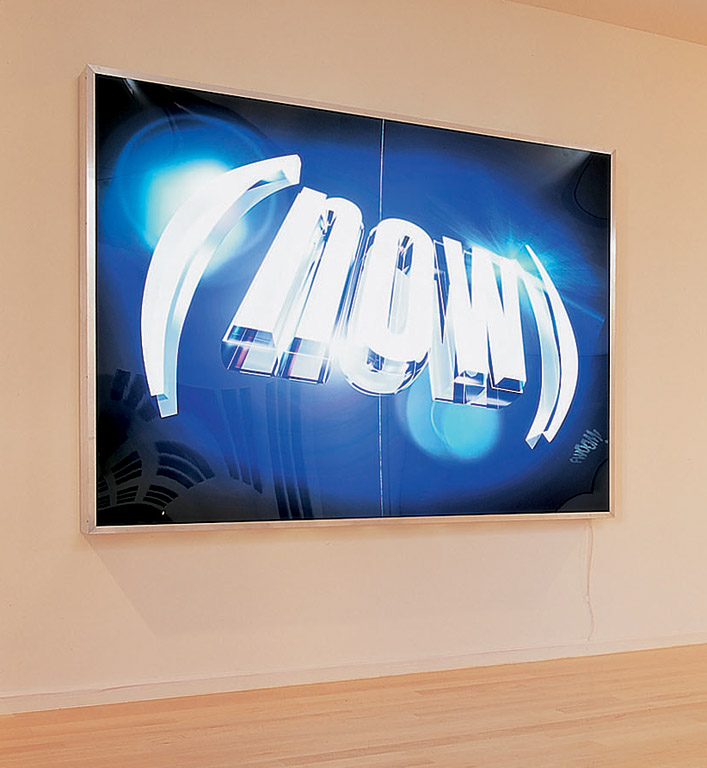